Wired magazine has a great summary of recent Volcanic activity. On 13th and 18th April, Poas in Costa Rica had its largest eruption in years called a “phreatic” eruption caused by water in a lake heating into steam. It has a dramatic looking plume that reached one kilometer high. There was plenty of ash and boulders 2 meters wide were thrown from the lake vent. You can see great video of the eruption here.

In Sicily, Mount Etna has also been erupting in April, with new lava flows. Nishinoshima close to Tokyo, also erupted recently, making new lava flows into the sea. This is the first eruption at Nishinoshima since November 2015 after erupting over 100,000 cubic meters (3.5 million cubic feet) of lava after two years it has finally stopped. 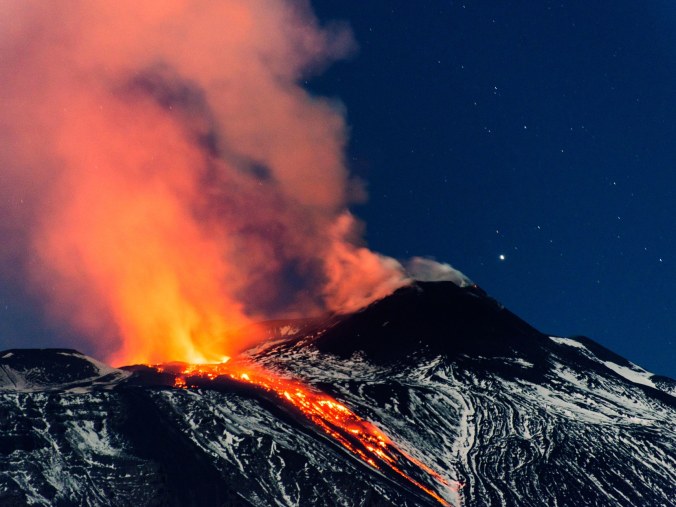