The Economist says that by 2040, the Arctic sea ice will have melted from climate change. In the past thirty years the surface has shrunk by over half, and its volumes fallen by three quarters. this will create a large sea which some people may think would be an advantage for shipping, but it will mainly affect the world in a negative way.

The interesting thing is that the sea water is darker than the ice therefore it heats faster and absorbs more heat than reflecting it back into space. This is why the Arctic is heating faster than the rest of the world and therefore creating climate change.

Also, the worlds winds are created by the the temperature difference between the poles and the tropics. if the Arctic heats faster wind speeds will become slower  this will effect things like the jet stream and ocean currents. 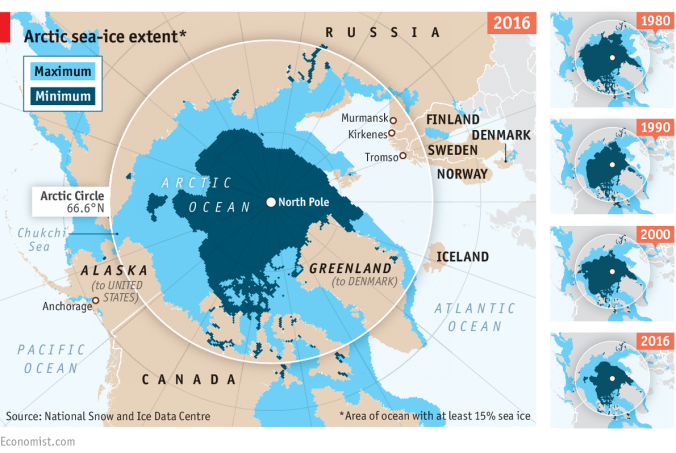